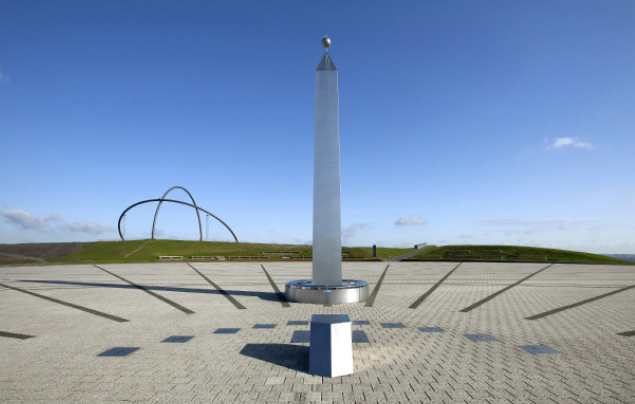 Time to think… If you look at nature, you will find a few naturally occurring timekeepers. For example, the sun dictates the length of one day – approximately 24 hours from sunrise to sunrise. But if you want to measure shorter periods of time, you need to use a clock.

Water clocks and sundials were the first ‘clocks’ invented over 3,700 years ago! A basic water clock is fairly simple – just a bucket with a small hole at the bottom. The water drips out through the hole. If you keep the bucket filled to a certain level, the water drips out at a constant rate. If you count how many water droplets fall out in a minute, then you have a ‘clock’!

The ancient Egyptian astronomers almost certainly used obelisks (tall, skinny, four-sided, stone monuments with a small pyramid at the top) as sundials around 5,500 years ago. Sundials have a flat surface, a dial of numbers, and a stick (or gnomon) which casts a shadow onto the numbers. If you know your location and your orientation, you can make a sundial accurate to within a few minutes of real time!

Mechanical clocks first appeared in China around AD 725 and, a few centuries later, in Europe. They were typically driven by weights that dropped down very slowly. Later, they were powered by springs. Pendulum clocks (which used swinging weights) became more accurate by around 1656.

The next major advance was the electric clock, around 1840.

Fast forward to today, where we use digital clocks. They access the super-accurate International Atomic Time scale, which keeps time using over 400 atomic clocks!

You might wonder why you would ever need such incredibly high accuracy, and for good reason! But think of the GPS (Global Positioning System) in a car or smartphone, which knows exactly where you are – accurate to within about five metres. It does this by measuring the time it takes to receive signals from different satellites in the sky. So, thanks to the evolution of the clock, we can enjoy some very cool technologies today!

DID YOU KNOW?  The word ‘clock’ comes from the Celtic words ‘clagan’ and ‘clocca’ which mean ‘bell’. So, strictly speaking, a clock should have a bell in it
to mark the hours. If it does not have a bell, then you should call it a ‘timepiece’ instead.

DID YOU KNOW?  Many people don’t know how long it takes the Moon to travel around the Earth. The time between one full moon and the next full moon is about a month, or ‘moonth’.

DID YOU KNOW?  Early clocks had only a single hand to mark the hour. They were not accurate enough to need a minute hand. Minute hands appeared on clocks around the mid-1400s.