Did you know cane toads in Australia get arthritis and have weaker immune systems? Dr. Karl teaches us more about the toxic toads spreading across the nation. 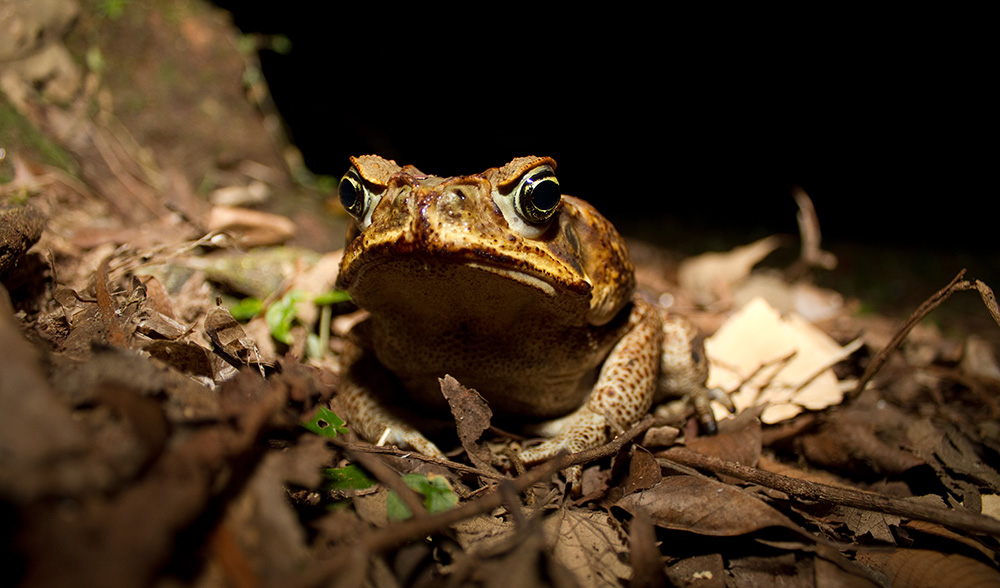 Cane toads have been found in Sydney’s Taren Point, where rats have been their predators. IMAGE CREDIT: Brian Gratwicke/flickr.com

WE ALL KNOW that the introduction to Australia of 102 cane toads in 1935 was not one of our eureka moments, because they became serious pests. The cane toad’s native territory stretches from south Texas, through Mexico and Central America, down to Peru and the Amazon.

The largest known cane toad weighed 2.65kg, and was 38cm from snout to vent.
They can live up to 15 years in the wild and twice that in captivity. Each female can lay up to 40,000 eggs in a month. Their main protection is a milky-white venom that carries nasty toxins. Animals that bite or eat the cane toad can die from the toxin – and that includes humans. The toxin can also cause a medical emergency if it gets in your eyes.

These toxic toads eat insect agricultural pests in their home territory. It was wrongly assumed they would do the same in foreign climes.

Their job here was to eat the grey-backed beetle. They didn’t, because these beetles lived up high on the sugar cane, and cane toads aren’t great climbers. Instead, the toads headed away from northern Queensland, in all directions, eating whatever they could.
So here is the weird stuff.

Although they started as Amazonian water-loving amphibians, they thrived in drier Australia. According to Professor Rick Shine, from the University of Sydney, they also rapidly developed longer bodies. The downside for them is that they get arthritis, and, for some reason, have a weaker immune system.

Their rate of spread has increased from a scary 10km/year to a terrifying 55km/year. One toad was revealed (by using a radio transmitter attached with a harness) to have covered nearly 22km in a single month. We should have a well-funded national plan to deal with the hundreds of millions of toxic toads.

Some native species (such as quolls and goannas) have had massive population crashes due to cane toads. Others (frogs, for example) seem unaffected overall, while freshwater crocodiles have learnt not to eat the toxic toads.

Maybe the cane toad’s arthritic joints will be their downfall, when they can no longer jump across the country as rapidly as the rate with which they evolved those long legs.