Two Australian doctors were awarded a 2005 Nobel Prize for uncovering the bacterial cause of most stomach ulcers. 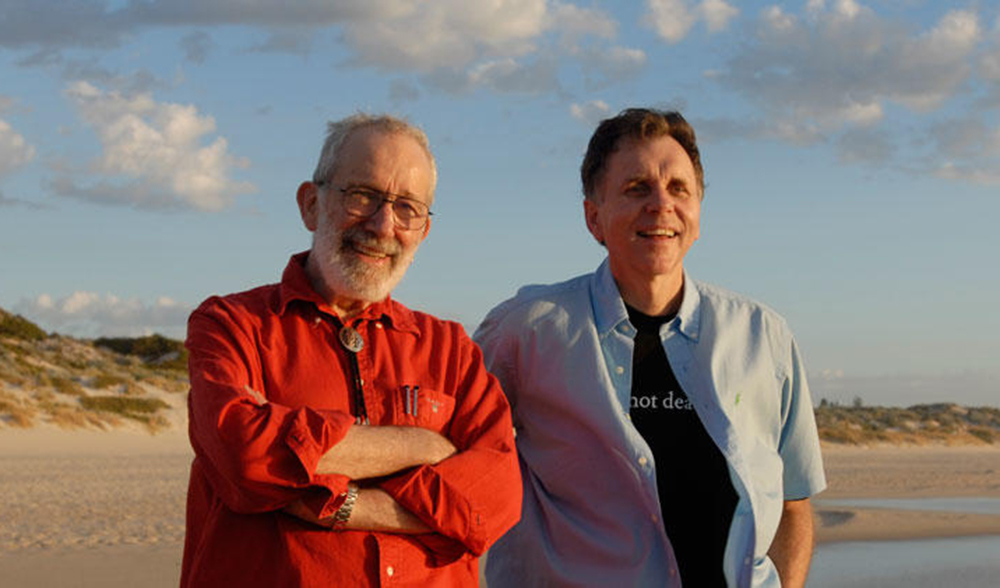 Barry Marshall (left) and Robin Warren’s research is recognised as groundbreaking. IMAGE CREDIT: Courtesy the Office of the Nobel LaureatesWHEN I WENT through medical school in the 1980s, I was wrongly, though inadvertently, taught that stomach ulcers were caused by excess acid production – from ‘hurry, curry and worry’. But then two Australian doctors came up with the correct finding, which is that most stomach ulcers are caused by a bacterium. This won them the 2005 Nobel Prize in Physiology or Medicine.

An ulcer is simply a break in the lining of a surface. The acids in the stomach can dissolve anything from meat to iron nails, but your stomach doesn’t dissolve itself because a protective layer of mucus covers its inner surface, preventing the acid from touching the naked meaty substance of the stomach.

Professors Barry Marshall and Robin Warren discovered that the vast majority of stomach ulcers are caused by a bacterium called Helicobacter pylori. It seems to be the only bacterium that can survive in the acid of the stomach. Squirming through the layer of mucus on the inside of the stomach, it then sticks to the epithelium, the stomach lining. It manufactures an enzyme (urease), which creates a tiny local alkaline environment around each individual bacterium. This alkali effectively neutralises the acid so theHelicobacter can live in comfort. 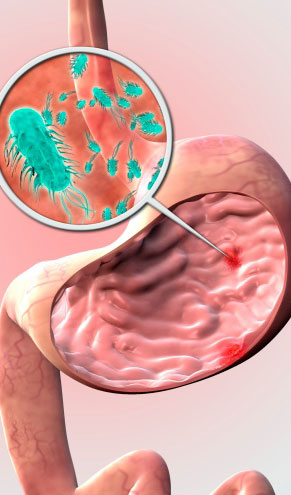 This is such a clever trick that, even up to the 1970s, scientists couldn’t believe that bacteria would survive in the incredibly acid stomach. Unfortunately, Helicobacter is an ungrateful guest. It damages the epithelial cells lining your stomach (and duodenum) by several mechanisms. It produces various chemicals, which can split the junctions between these epithelial cells, trigger ‘cell suicide’ and set off inflammation.

The inflammatory response, in turn, disturbs local hormone production, which can cause further damage in the stomach and the duodenum. Even worse, some of these chemicals are potential carcinogens. If you carry Helicobacter pylori you have a 10–20 per cent lifetime risk of developing stomach ulcers and a 1–2 per cent chance of stomach cancer.