WE KNOW THAT human breast milk can be flavoured by what the mother eats, and the same holds for cow’s milk. So can cows produce strawberry-flavoured milk? 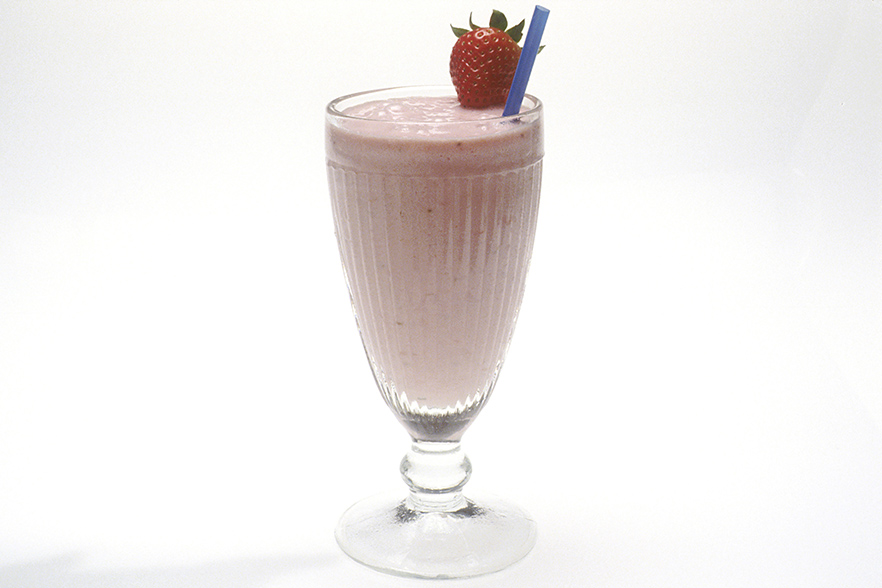 One study involved 18 nursing human mothers eating capsules of concentrated flavour. Within hours, the babies were enjoying flavoured milk from their mother’s breasts. The time varied for the flavours to appear – one hour for banana, and two hours for caraway and liquorice, while menthol took 2–8 hours. In this study, after eight hours, most of the flavouring had disappeared from the breast milk.

Similarly, farmers on Queensland’s Darling Downs have long known that turnip weed gives the milk an off flavour. But once the cows eat any cruciferous vegetables (e.g. cauliflower, cabbage, broccoli), a different, sharp, radish-like flavour appears.

In 1990 the CSIRO wanted to understand how different feeds changed the flavour of milk. When cows were fed a diet low in fats, they produced hints of blue cheese, coconut and peaches. But when they ate a synthetic diet free of protein, their milk was very low in stinky chemicals such as indole and skatole.

The CSIRO scientists accidentally found how to get raspberry flavour into meat and the milk. They supplemented the feed of cows with both oats and sunflower seeds. A biochemical surprise arrived – via a two-step pathway.

First, the oats stimulated the growth of certain bacteria. Second, these bacteria then started ‘eating’ the sunflower seeds. They converted the oil in the seeds into the chemical gamma-dodec-cis-6-enolactone – which tastes like raspberries. In fact, this chemical is so pervasive that it gave a raspberry hint to meat and milk!

So can cows produce strawberry-flavoured milk? I don’t know. I couldn’t find a report in the literature where a farmer had spare strawberries to feed to cows.