How Do Birds Flock?

We still don’t understand how birds fly in flocks and make patterns that look so obviously organised.  After all, they don’t get together beforehand to agree on a series of manoeuvres once they reach altitude! 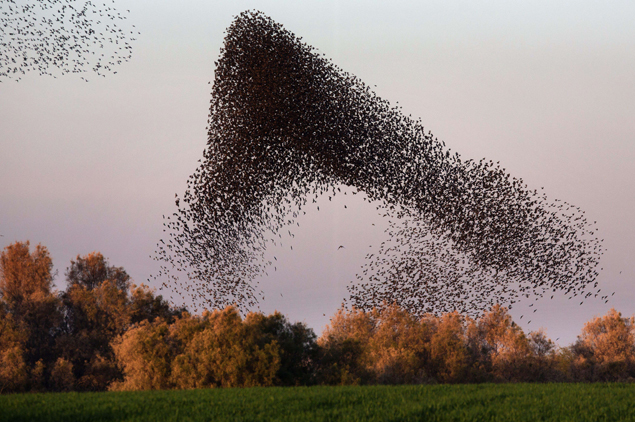 Nevertheless, this collective behaviour emerges from the combined actions of thousands of independent creatures. How? The birds follow three simple rules:

First, don’t get too close to each other. This avoids collisions.

Second, don’t get too far away from another bird, or from the centre of the flock. But

if you do drift out, head back in to the flock.

Third, fly in a parallel direction. Head the same way as your neighbours.

These three rules will keep a flock as a single group, all heading in the same direction as one another.

Interesting! But what happens when an eagle attacks, you ask? Well, the birds closest to the eagle will veer away, and this behaviour quickly spreads to the other birds who follow suit.