Consider wearing zinc or covering up next time you’re snorkeling, says Dr Karl – one popular sunscreen chemical can be toxic for baby corals. 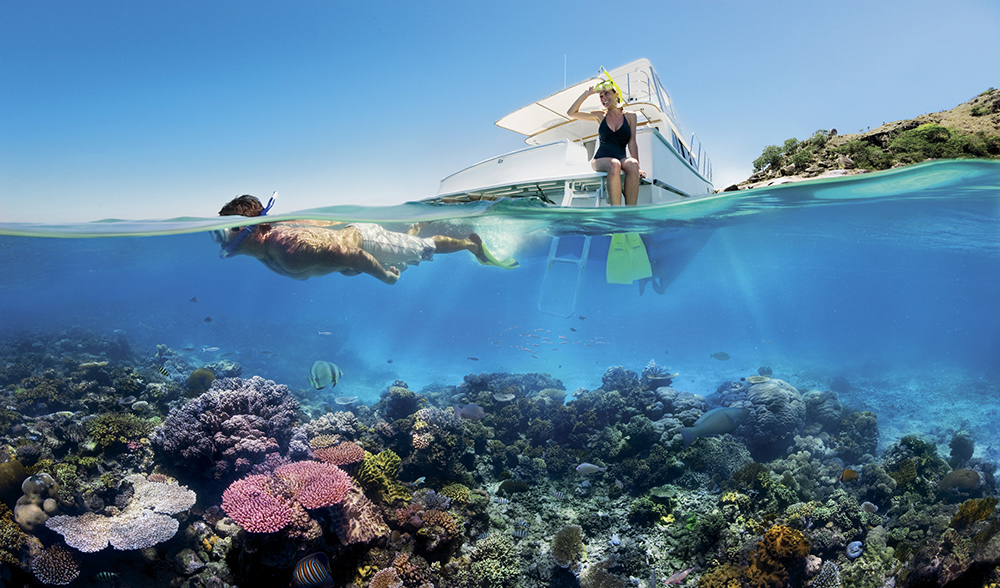 ON A TRIP TO the Galapagos Islands, our guide asked us not to use sunscreen at one reef. He told us it was very fragile, and quite small, and that the local currents tended to trap contaminants. Unfortunately, it seems one popular sunscreen chemical attacks baby coral.

I researched this later and found the chemical is oxybenzone – one of the most widely used organic UVA filters. It’s also called BP-3, or Benzophenone-3. Besides UVA, it also absorbs UVB, so it blocks UV light ranging from 270 to 350nm. (Not many organic sunscreens block both UVA and UVB.) Oxybenzone is used in hairsprays, cosmetics, nail polishes – and in more than 3500 sunscreens worldwide.

Oxybenzone, I discovered, has four separate bad effects on baby coral. First, it predisposes coral to bleach at lower temperatures. If the ocean is hotter than normal, then there’s even more bleaching. Second, oxybenzone damages the DNA of coral. The overall result is that corals with damaged DNA are less able to reproduce, or their offspring are likely to be sick. This leads to each generation of coral being less healthy than the one before.

Third, it acts as a powerful hormone disruptor. It forces juvenile coral to produce too much calcium carbonate, so they totally encase themselves in their own skeletons, which kills them. Finally, oxybenzone deforms juvenile corals; they stop swimming, change shape and their mouths grow unusually large.

Oxybenzone can be toxic to baby coral at levels equivalent to one drop in six and a half Olympic swimming pools. Reefs in Hawaii and the USA’s Virgin Islands have been measured at levels as high as 1.4 million parts per trillion.

We know that titanium oxide and zinc oxide are not as harmful to coral as oxybenzone. So when swimming near reefs you could try to use sunscreens with these or other less harmful chemicals instead, or you could cover up.