How the thorny devil takes “flat out like a lizard drinking” to the extreme. 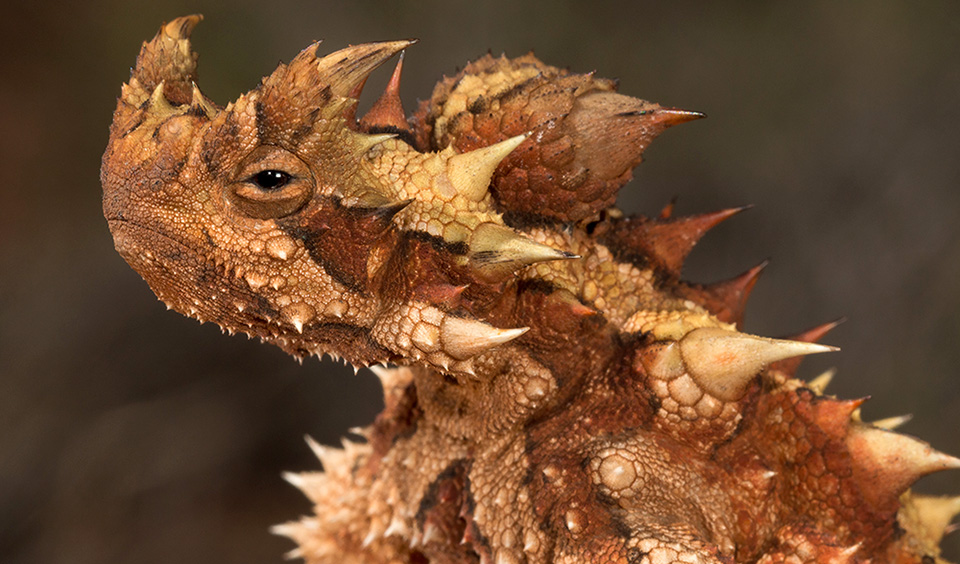 ONE OF THE standard Aussie replies to somebody who asks you how hard you’re working is “flat out like a lizard drinking”. But Australia’s thorny devil has taken it to the max – it doesn’t even have to lower its mouth into the water.

Now, lizards are fairly weird creatures. The males have two penises. The left penis is connected to the left testicle, while the right penis is connected to the right testicle. They always tend to use the same penis for mating, unless they’ve already mated in the last 24 hours. Then they’ll use their other penis. Scientists think this is to keep their sperm count high, so that the male lizards have the maximum chance of fertilising a female.

When a thorny devil comes across some dew in the desert in the early morning, it straddles the dew and gently lowers its body on to it. The water runs into tiny channels between the scales. These channels are about one-seventh of the diameter of a human hair across. The water is sucked up by capillary action along the network of narrow interconnecting channels that lie between the scales, and ends up in the mouth of the thorny devil.

This is more than a biological curiosity and could prove to have practical applications for us. The scientific field of biomimetics looks at designs in nature to solve problems in science, engineering and medicine. For example, Japanese researchers found that if they modified hypodermic needles by putting tiny serrations on the tip (such as those on the proboscis of the mosquito), the pain of an injection was reduced.

Herpetologist Wade Sherbrooke proved that the water from the skin ends up in the gut, by putting dyed water on the skin and following its progress. Some people might say that these reptile drainpipes are living the Australian male’s dream – they have two penises, they lie around in the Sun all day, and, best of all, when they want a drink, they don’t even have to stand up.