What is a Sinkhole? 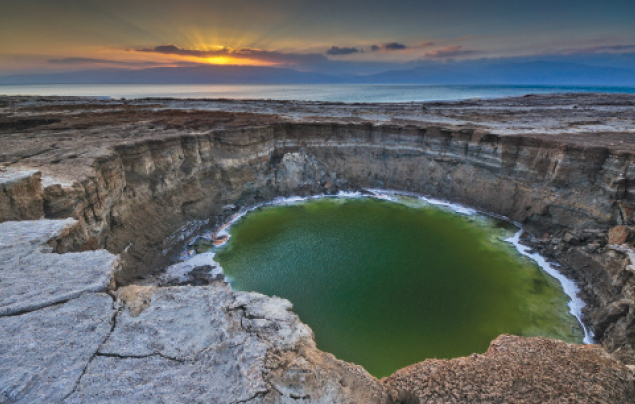 A sinkhole is a void in the ground caused by a collapse of the Earth’s surface layer. This usually occurs when the ‘stuff’ underground – limestone and gypsum – dissolves or shifts as a result of lots of moving water in one area. Heavy localised rainfall or large areas of concreted ground can change the natural water flow.

In May 2010, a giant sinkhole opened up in Guatemala City in Central America. The deep hole (which formed an almost perfect cylinder 20m wide and 30m deep!) swallowed an entire three-storey building! This sinkhole was caused by water shifting the ground’s underlying layer of weak volcanic rock.

Last year a small sinkhole formed in the backyard of a family home in Illawong, a suburb of Sydney. A man and his baby were sitting on the couch, when the ground suddenly fell away from beneath them. The collapse was accompanied by a big explosion of dirt, which knocked over a tall tree and a washing line!

About one tenth of the Earth’s surface is susceptible to sinkholes, but don’t panic – the likelihood of one opening up near you is very small!

DID YOU KNOW? The world’s deepest sinkhole was in Chongqing, China, reaching down a whopping 662 metres!

DID YOU KNOW? Sinkholes are so common in Florida, USA, that until 2007 it was compulsory for home owners to have Sinkhole Insurance!

DID YOU KNOW? The local geology of Mt. Gambier in South Australia makes it very prone to sinkholes. Luckily, the fairly constant water table and dry conditions have stopped massive numbers of sinkholes from forming.

DID YOU KNOW? The areas of Australia most susceptible to sinkholes include parts of Canberra, Newcastle and Perth, as well as western New South Wales and the Nullabor region.

Put Dr Karl to the test! Ask him all your science

Tomorrow Dr Karl is going live on TiKTok to answer

Yes indeedy, book 46 is here with gnarly 'Mini Me'

Oktoberfest Breakfast of Champions - but why is Ok

Marrying the best of (Aussie Birthday) and (Aussie